Lady Devils rise to the occasion against Diboll 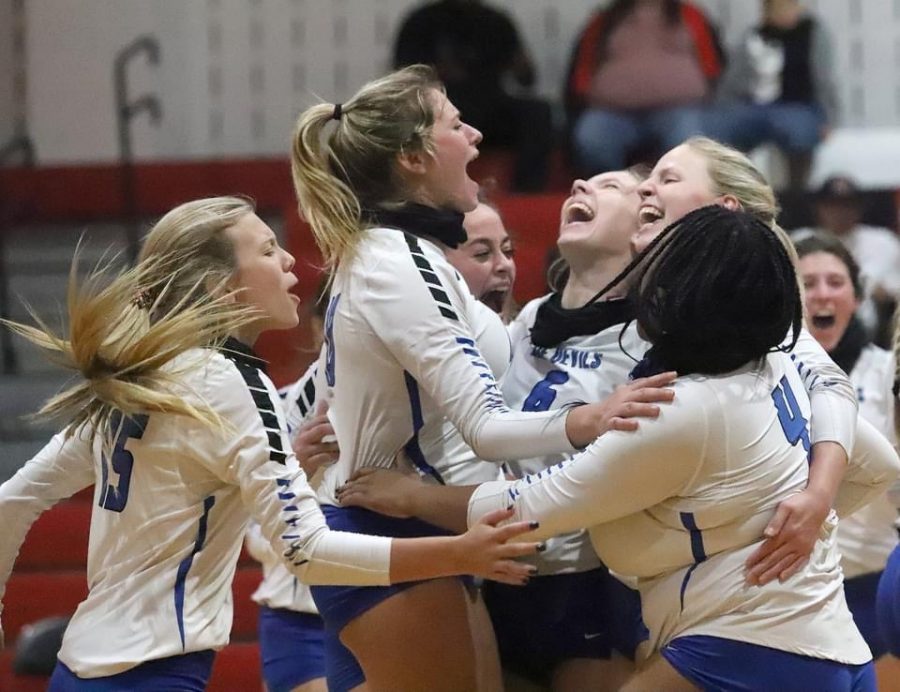 The Lady Devils celebrate after winning against Diboll in five close sets.

The girls pulled out a victory, despite losing their senior libero and key player Taylor Chambers to an injury after the second set.

The Lady Devils produced a total of 57 kills in the game. Senior Laura Bradford put down 21 kills along with senior Lainee Clement and junior Ellie Davis, both producing nine kills of their own. Senior Erin Ash also put down six kills, while freshman Madi Best picked up five kills. The Lady Devils also had a total of 15 aces and 13 blocks. Clement had four blocks and three aces, while Davis and Ash had three blocks of their own. Chambers and Bradford both added one ace, while Emily Petty added four aces, and Molly Miller had three aces. Za’Corrie Caldwell chipped in three blocks, and Abi Freeland added two aces.

The Lady Devils have had a great season with a 22-5 record, and they are currently in first place for district champions.

CH will play Corrigan in their last district game on Friday at 4:30 p.m. in Johnson Gymnasium.