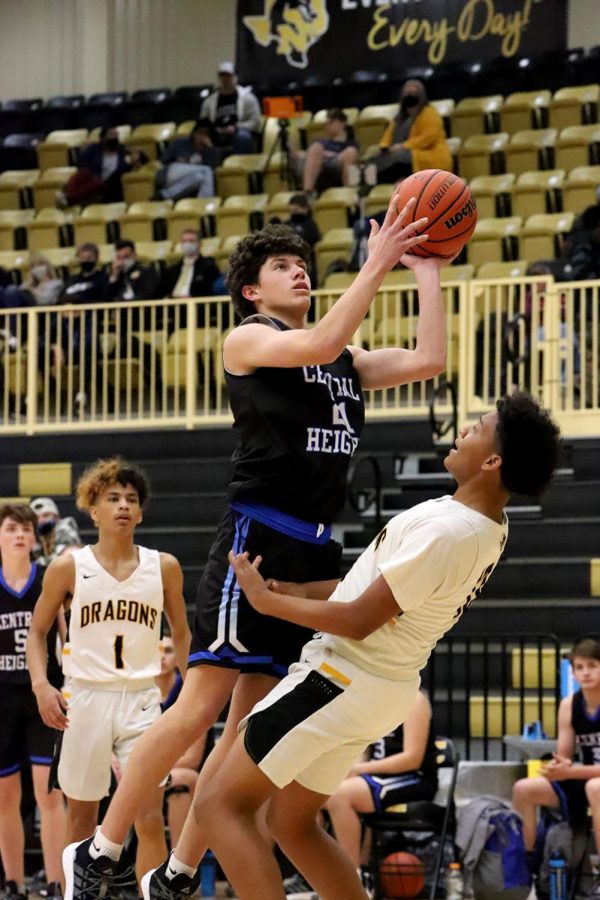 Two buzzer beaters in one basketball game? On Tuesday, Dec. 1 the Blue Devil basketball team played against the Nacogdoches Dragons at Nacogdoches High School. Jackson Glymph was the star of the night scoring the game winning shot and ending the game with a victory for the blue devils.

The game was not looking promising for the Devils in the first quarter because of an 11 point lead by the Dragons.

“Going into it, I knew we were the better team, but when we got off to a slow start, I started second guessing our ability to win,”Trey Huddleston said. “Then, when we started getting the momentum on our side I had more belief that we were winning the game.”

Starting the third quarter, the Devils were down by only four points leaving the score at 24-28. Later in the third quarter, with only a couple seconds left, Jackson Glymph makes a spur of the moment decision to throw the ball halfway across the court. It went in, which left the Devils behind by only 2 points in the fourth quarter with a score of 38-40.

“I was excited to take the shot,” said Glymph. “It felt like we finally had a chance to beat our rivals.”

In the final seconds of the game, fans were starting to lose hope. With three seconds left on the clock, Glymph once again has the ball passed to him and he goes to make a 3-pointer. The ball flies through the goal and the crowd screams as the Devils beat the Dragons with a final score of 56-54.