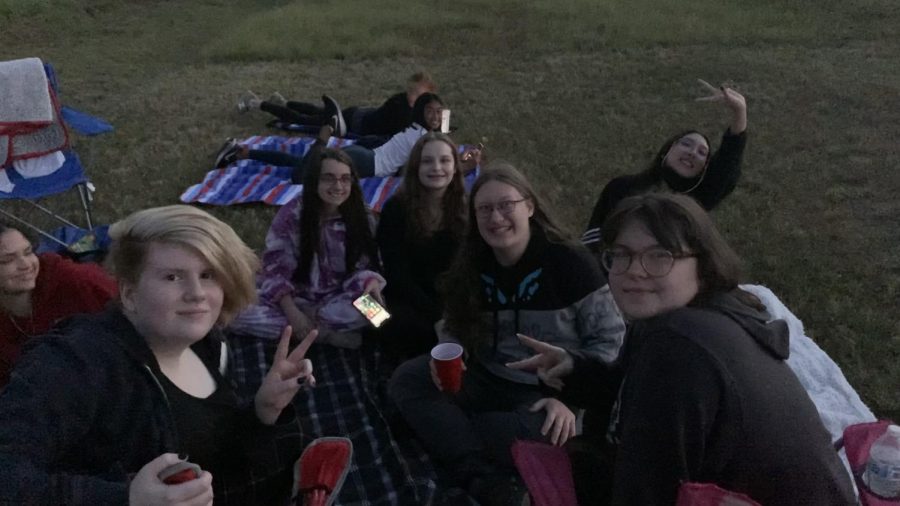 Members of the Astronomy Club participate in a star party.

“We spotted and identified constellations and planets,” Bethany Griffith, Spanish teacher and Astronomy Club sponsor, said. “We even got to see the craters on the moon when the clouds finally cleared away.”

A telescope, donated by Miranda Hoffman, parent and school substitute, gave the Astronomy Club a chance at an even closer look at the stars.

“Mrs. Hoffman just donated a telescope to us,” Griffith said. “Our last star party was the first one using our new telescope.”

A meeting will be held on Friday, Oct. 22 after school. It will be over the locations of constellations and the upcoming meteor shower.

“The Astronomy Club will have a meeting on Oct. 22,” Griffith said. “The plan is to learn the locations of constellations, and the meteor shower that is happening.”

The Astronomy Club is hosting another star party on Friday, Nov. 5. This party will be a little bit different, according to Griffith.

“Hopefully, we will be having a star party on Friday, Nov. 5,” she said. “We’re also having a meteor-spotting contest.”