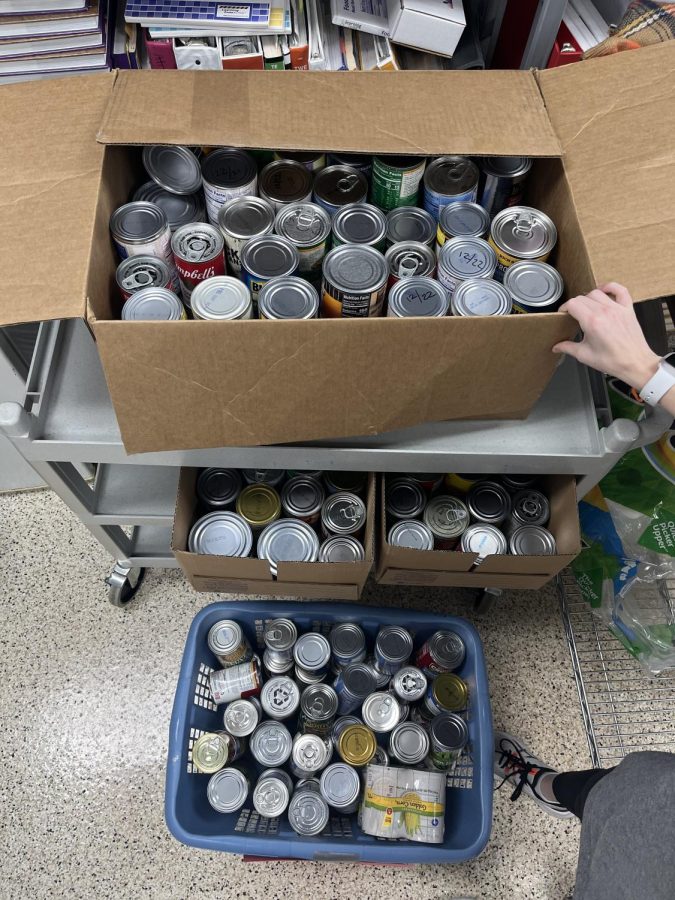 Boxes of donated cans for the food drive.

For the upcoming holiday season, StuCo and FCCLA are collecting cans from students within the organizations to give back to the community. Each student within the organizations has been asked to bring up to five cans of food to donate to the Harvest House. The cans will be dropped off at the Harvest House by the end of this week to replenish their shelves.

Although the food drive this semester was not school wide, StuCo sponsor Donna Johnson wants to have another drive during the spring semester.

“When we spoke to the Harvest House, they mentioned how donations are higher during the holidays,” said Johnson. “Hosting another food drive in the spring will allow families to still receive food throughout the year.”

Hosting a food drive in the spring as well is a great way to give back to the community throughout the year. Food cans were collected for StuCo last week, and FCCLA is collecting cans this week. Students involved with FCCLA were told that if they brought 10 or more cans they would be given a reward. Cans are due by Thursday of this week to conclude this semester’s annual food drive.